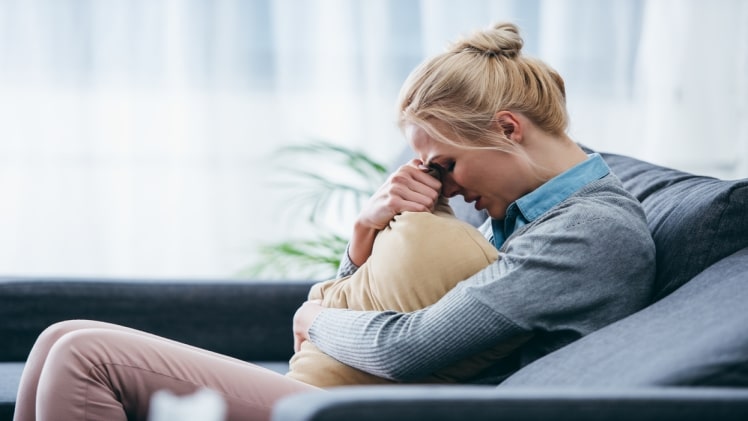 Anxiety disorders are a common mental illness. They are not accompanied by psychotic manifestations and behavioral disorders, but when they reach serious proportions, fears not only impair the quality of life, but can cause serious problems for the person.

What Is an Anxiety Disorder

Anxiety is a person’s tendency to worry. Many people experience anxiety before important events or activities, and such worries are legitimate. Medical help is needed when anxiety and fear occur for no apparent reason.

A human condition accompanied by uncontrollable fear and persistent feelings of anxiety is called an anxiety disorder (AD). Under the influence of anxiety, impaired concentration is often observed, and it’s common for a person to become depressed.

In most cases, the disease is completely treatable. If you don’t seek help from a doctor, there are increased risks of complications and the emergence of depressive disorders and pathological dependence.

According to numerous studies, experts identify several major factors that provoke the development of anxiety disorders:

Depending on the symptoms caused by anxiety and fear and the level of severity of the pathology, specialists distinguish several types of anxiety disorders.

Suffering from this type of illness, people experience a sudden and repeatedly arising feeling of terror. They arise even in the absence of specific events or emotional turmoil. Intense sweating, increased heart rate, dry mouth, a feeling of suffocation, dizziness, and lack of understanding of the realities of what is happening are the dominant signs of panic disorder.

The illness is manifested by a fear of getting into an awkward situation, a fear of being humiliated or criticized. Often, such anxiety is caused by low self-esteem. Almost at any time and in any place, sudden attacks can occur – at group training, in the mall, in a movie theater and other public places, when talking to a well-known person in the presence of strangers and other situations.

At the onset of an anxiety attack, there is reddening of the face, nausea, and trembling of the hands. The patient understands that his reaction is gratuitous and excessive, but cannot master himself.

These are anxiety and fears that arise in a specific specific environment. An attack can occur when a person is near animals of a particular species, when he or she is in a confined space, at altitude, or in the dark. Fear of air travel and medical manipulation also belong to the group of specific phobias.

When a person encounters a frightening stimulus, he immediately starts anxiety, which manifests as appropriate signs. If the disease is not treated in time, the person will soon simply limit themselves to a full life.

It’s expressed by the sudden formation of anxiety on any occasion, the probability of which is not justified and in general it may not occur. In this type of illness, anxiety isn’t limited to any specific circumstances, so it’s difficult for the person to identify the most dangerous situations for him or her.

People suffering from generalized disorder experience tachycardia, muscle tension, shivering, sweating, and dizziness. Such symptoms must persist for at least six months to be diagnosed.

This includes several phobias at the same time, combining a fear of crowded public places and open spaces. For example, when visiting a store, getting into a large crowd or in other crowded places, a person experiences anxiety. It’s manifested by palpitations, labored breathing, profuse sweating, and dizziness. Some people even experience a panic attack.

It occurs as a consequence of an extreme situation, such as after a rape, natural disaster, car accident, abuse or bullying, and other shocks. Appears as sleep disturbance, palpitations, sweating, and choking.

Panic can occur due to prolonged separation from parents, after a strong emotional shock, due to parental abuse of the child. It’s common that, not knowing how to eliminate an anxiety attack, parents further increase anxiety.

A sudden change of events causes a person to feel uncomfortable. For example, dismissal from work, an unplanned forced move, divorce and other life events. Everyone may have different reasons, and one person may experience fear in a situation in which the other doesn’t react to it at all.

Signs of anxiety disorder are divided into physical and psychological. Physical symptoms include:

Psychological symptoms include a feeling of fear, insensibility to reality, disorientation, and panic without reason.

Guide to Winning at the Best Situs Slot Online